My family is into beer… like really into beer. Being from San Diego, a craft beer mecca, it is easy to be a beer fan. With so many different options it is possible for everyone to find something that works for them. For example I like a good kolsh or hefewiesen, while my sister enjoys strong IPAs. That being said I had to take my father to The Rare Barrel. Here they serve up only sour beers. They most likely do this due the nature of sour beers, if they were stored among other beers they would ruin those batches. Sour beers have wild yeast that can easily contaminate non-sour brews.

The Rare Barrel has anywhere from 5 to 10 sour beers on rotation alongside guest beers in a bottle. You can also buy their beers by the bottle and take them home. They don’t allow food but they have a menu that consists of only a grilled cheese sammich. I will be the first to admit sour beers aren’t for everyone. They definitely induce the “I just had something sour” face but provide a different beer tasting experience. My stomach tends to ache after a couple but it doesn’t stop me from enjoying it.

If you have some time while visiting Berkeley it is a great experience. 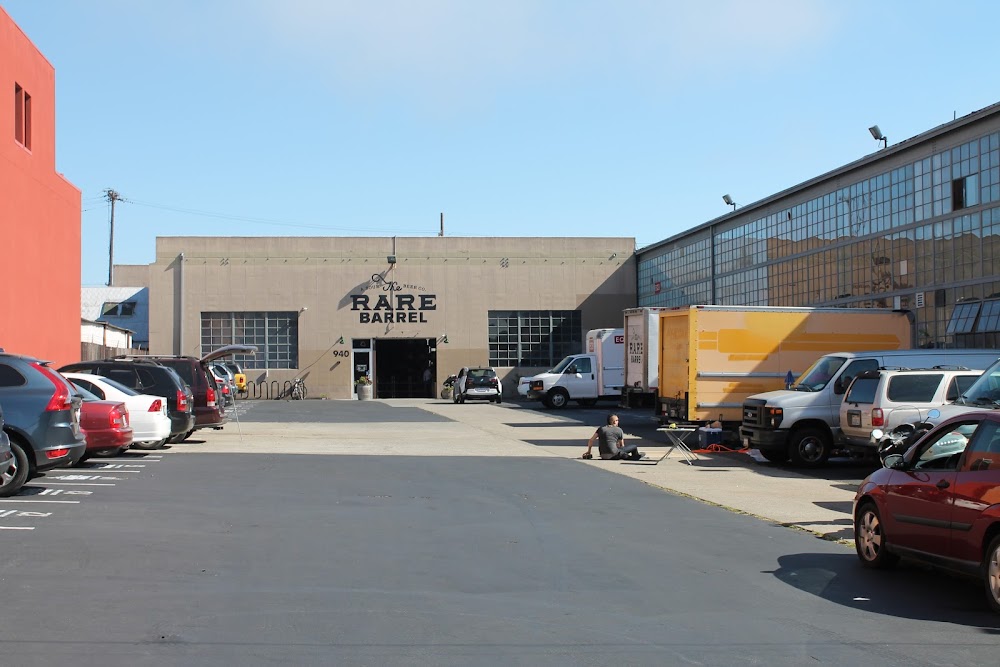 It is set pretty far back in an industrial area so keep your eyes peeled.