Mexico City has become one of my favorite cities in the entire world. I think that happens whenever I go somewhere for an extended period of time but CDMX really woo’ed me over. It’s normal for the things you love to have a few flaws, realistically every city has some dud restaurants and lame “must see” sites. In this post I will lay out the few disappointing things about Mexico City

1. Museo de Arte Moderno at Chapultepec Park – I went to this museum towards the end of my trip, after visiting so many other (very well funded) museums. This one seemed really lack luster for me and I kinda went out of my way to visit Chapultepec again to go visit. I also thought the price to get in was too high compared to the other museums I visited. Also I just realized that the museum I was actually trying to go to was Museo Tamayo Arte Contemporaneo. Oops, that is probs my bad.

2. Helado Obscuro – This literally means Obscure Ice Cream, their whole gimmick is that the ice cream is alcoholic and the employee their told me that a cup was equivalent to a beer. The names also are kind of a gimmick and punny, one of the flavors I ended up going for was called Dark Vader. I had heard about this place from another blogger, I should have known I wouldn’t like it as it was the same person that recommended Mercado Roma. I think the booze flavors overpowered everything else and I really couldn’t stomach it after awhile. I love a stiff drink and I love ice cream but I now I know this isn’t a marriage I can’t support.

3. El Tizoncito – I didn’t photograph my meal here but this restaurant claims to be the original creator of the El Pastor taco. So naturally, that’s what I ordered. They were extremely subpar and the prices were 100% higher because they could pull in tourists. Any little taco shop you stumble across with a lot of locals will be better than this. 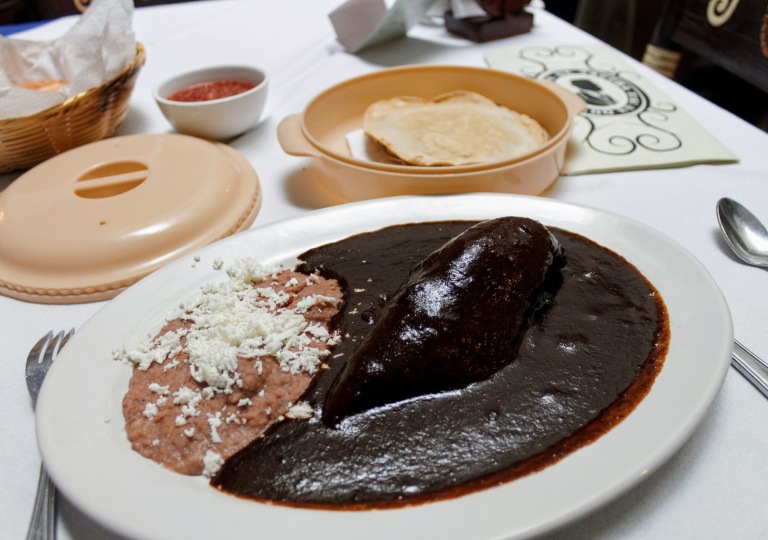 4. Cafe de Tacuba – The service here was horrible, I think my server might have gone on break and they completely forgot about me. I was there for like 2 hours and it completely ruined my plans for the rest of the day. Also, the food was just so bland and unexciting. It will be recommended to you in every Mexico City guidebook but this was a hard pass for me. The only slightly redeeming quality is that it was pretty, but you know who had better food and better interior in the same area? It’s CDMX – Azul Historico.

5. Mercado de Coyoacan – I have been there twice now (during separate CDMX trips) and the food is just meh. There isn’t anything super special about the mercado, it might be considered cool if you have never been to a mercado before.

6. La Cerveceria De Barrio – I forgot I hated this place the first time I visited Mexico City and made the mistake going back during my solo trip. They have multiple locations around the city so don’t let a big crowd trick into going here. Most restaurants in CDMX require you to order food to purchase an alcoholic drink, this is one of those places and the food sucks.

7. Mercado Roma – Which you can read all about here. I can’t rage about this place again here.

So that’s it, for the most part I am in absolute love with Mexico City. I continue to tell people that it is one of my favorite places in the world to visit. I sincerely hope that you, reader, that the chance to go to CDMX yourself.